Will A UK Lasting Power Of Attorney Or Deputyship Order Be Recognised Overseas? 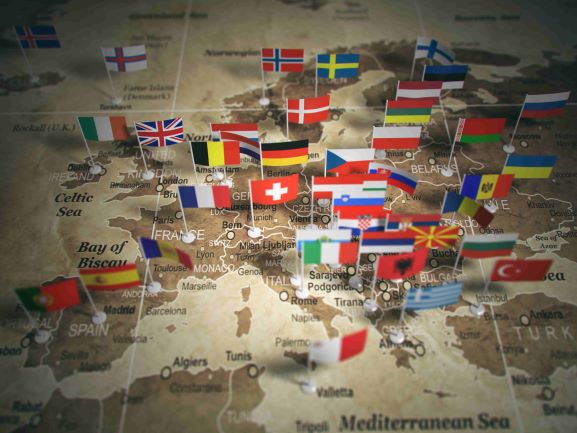 With an ageing population, mental capacity is a growing concern for many and Lasting Powers of Attorney (LPAs) can bring peace of mind to those who are worried about how their affairs will be dealt with if they lose mental capacity.

Equally, people owning assets overseas is on the rise, with one in six ‘baby-boomers’ owning a second home, according to a 2018 study by the Institute of Fiscal studies.

So, how do you make sure that your clients’ overseas assets are protected if they lose mental capacity? Is an English LPA or Deputyship Order sufficient?

The simple answer is: probably not!

Sara Janion, Director of Worldwide Lawyers – a UK-based company, which connects UK solicitors and legal practitioners to independent lawyers across the world – and Notary Public of England and Wales, explains:

“A UK Lasting Power of Attorney is highly unlikely to be recognised by foreign courts on its own, without further process.

“For instance, in Spain you would need to obtain a legalised and officially sworn translation of the LPA that it is acceptable under Spanish law. In addition, it’s usually also necessary to get a sworn statement from a lawyer with the appropriate expertise stating that, under English law, the LPA gives the attorneys authority to deal with the assets of the donor.

“All this makes getting a Spanish Court to recognise the English LPA a very complex process, not to mention the time and additional costs it takes.

“When it comes to Deputyship Orders, whilst it can be possible to get some foreign authorities to recognise an existing Deputyship, it’s expensive and time consuming at a time when it might be critical to have access to the foreign assets and when other funds may be limited or unavailable.

“As ‘attorneys’, who are given power under an English Lasting Power of Attorney, are not able to delegate their power, they are not able to appoint another ‘attorney’ to handle the foreign assets like properties or bank accounts. This means that, for example, in order to sell a property in Spain for someone who has lost mental capacity, the English ‘attorney’ would need to travel to Spain to deal with the transaction.

“A much easier option is to ensure that both an English LPA, covering any English affairs, and a separate Spanish Power or Attorney, which is specifically worded to authorise the appointed attorneys to deal with any Spanish assets in the event of loss of capacity, are prepared.

“How difficult or easy this process is will, of course, depend on what country the assets are located in.

“However, we always advise legal practitioners who are preparing an English LPA to consider how their client’s overseas assets will be dealt with and to encourage them to seek appropriate legal advice from a lawyer in that country in the same way they would recommend that anyone with assets overseas considers a separate will to cover those foreign effects. Ultimately, it’s about future-proofing. It’s hard enough for family members dealing with effects of a loved one losing mental capacity, without having an unnecessarily laborious and costly legal battle to be able to do what’s best for them.”